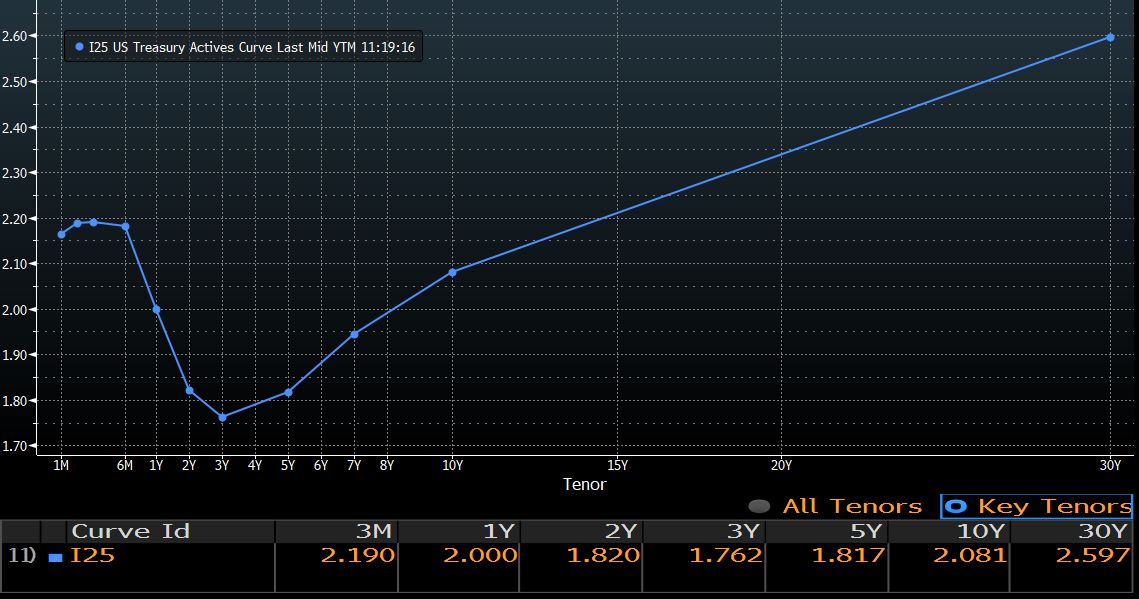 There are many theories on what drives the shape of the yield curve (which is way beyond the scope of this post), but an inverted curve is generally interpreted as a warning sign. Our next post will examine the empirical evidence for this interpretation as well as the practical implications for investors.